Can Your Florida Insurance Company Demand Examination Under Oath for PIP Benefits After a Florida Car Crash? Yes and No for Florida Auto Accident Claims, Here’s Why.

In Florida, as in other states, the law that applies to car crashes and auto accidents is made not only by the Florida Legislature and federal statute, but also by courts in opinions that are issued from both state and federal benches. This summer, the Florida Supreme Court issued its ruling in Nunez v. GEICO General Insurance Company, and this case is a prime example of how Florida car crash victims must look to the law found in “precedent” (i.e., court opinions) as well as in the statutes passed by lawmakers to determine their rights.

In Nunez, the United States Court of Appeals for the Eleventh Circuit (based in Atlanta, Georgia) asked the Florida Supreme Court to clarify a legal issue.  This is technically called a “certified question” and it is sent from the federal court to the highest court in the state as a request for a legal ruling on an issue of state law that does not appear to have prior case opinions addressing  it –  “no controlling precedent.”   This is a judicial procedure set out in the Florida Constitution (see Florida Constitution art. V, §3(b(6)).

In other words, the federal court sent a request to the highest Florida court to explain what Florida law states on this particular situation. 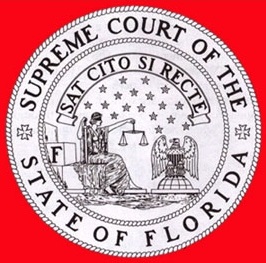 What was this certified question?

The federal Eleventh Circuit Court of Appeals asked the Florida Supreme Court “…[w]hether under FLA. STAT. § 627.736, an insurer can require an insured to attend an [examination under oath] as a condition precedent to recovery of [personal injury protection] benefits?”

Or: can the insurance company force its insured to undergo a sworn examination as a requirement to get PIP benefits?

Or, in the language of the Opinion itself:

What Does This Mean to Florida Insurance PIP Claims After Car Crashes?

The case that the Florida Supreme Court referenced in its answer to the certified question — Custer v. United Automobile Insurance Company — is a well-known case among personal injury lawyers and insurance defense attorneys. Why? In that case, the Florida Supreme Court curtailed the insurance adjuster and the insurance company from getting the insured to submit to questioning after being sworn or an “examination under oath” (“EUO”) — and Custer is the case that stopped insurance companies from denying PIP claims solely because the person didn’t agree to an EUO before being paid PIP benefits under the policy.

Insurance companies hated Custer. It is no big surprise that the statutes were amended by the Florida Legislature after Custer came down, and the amended law does allow the insurance company to demand an EUO of its insured as a condition to paying the PIP benefits.

If the insured doesn’t agree to the EUO, or doesn’t show up for the examination under oath, then the company can deny the PIP claim under the new 2013 law.

One good thing: the EUO under the new 2013 law must be limited to “relevant information or information that could reasonably be expected to lead to relevant information,” and the insurance company must have a reasonable basis for requesting the EUO.  If they do not – and they are just willy nilly asking for examinations under oath for reasons like … well … delaying paying benefits to the insured, then the statute also allows the insured to demand money sanctions from them via a court hearing.

PIP and EUO Demands by the Insurance Company: One More Example of How Injury Lawyers Can Be Helpful to People Filing Car Accident Claims

When dealing with insurance adjusters and insurance companies in claims fights and coverage contests, it is important to have an experienced Florida personal injury lawyer with knowledge of the current law, and the interplay between courts and legislative action, on the side of the insured. The insurance company and its legal team will know these things but they will be under no legal duty to share this information with you.

A good piece of advice if you have been contacted by an insurance adjuster or insurance company about your PIP benefits, is to speak with an experienced personal injury lawyer to learn about some of the issues that can arise with a claim, including the type of evidence needed to prove a claim and the type and amount of damages you can recover. Most personal injury lawyers, like Alan Sackrin, will offer a free initial consultation (over the phone or in person) to answer your questions.

If you found this information helpful, please share this article and bookmark it for your future reference.
(Visited 178 times, 1 visits today)