Medication errors and drug mistakes not only happen at hospitals, doctor’s offices, clinics, labs, nursing homes, and pharmacies — they can also happen at home, when the wrong medication or the wrong amount (or dosage) of drugs are given to a sick person. This is especially scary to consider when the most popular pain medication in America today brings with it such a high risk of harm from taking too much of it.

Almost everyone has some acetaminophen tablets (or capsules) in their home medicine cabinet: it’s a very popular over the counter pain pill. It’s sold by lots of popular names, including Tylenol and Anacin. 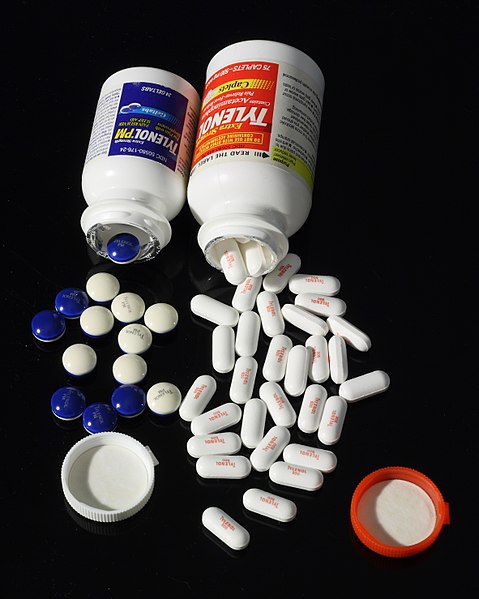 Here are some other medications on sale in stores today containing acetaminophen that you may have in your home right now:

Acetaminophen is not just sold as its own pain pill; it is also a major part of popular medications sold at grocery stores and convenience stores such as cold medicines like Nyquil. It’s also a component of many different prescription drugs, including popular drugs like Vicodin.

The medication errors we are talking about happen when someone takes too much acetaminophen — perhaps because they are not aware that not only their pain pill, but their cough medicine, and the pills prescribed for them in their clinic visit or by their doctor ALL have acetaminophen in them.

Acetaminophen Errors Are Number 1 Cause of Acute Liver Failure in U.S.

Acetaminophen is particularly dangerous for liver failure if someone already has liver problems, but the risk of liver failure from this popular drug is high for anyone taking the medication.

A good piece of advice if you have been harmed by a medication error, is to at least speak with an experienced personal injury lawyer before you file a claim to learn about some of the issues that can arise with these claims, including the type of evidence needed to prove a claim and the type and amount of damages you can recover. Most personal injury lawyers, like Alan Sackrin, will offer a free initial consultation (over the phone or in person) to answer your questions.

If you found this information helpful, please share this article and bookmark it for your future reference.
(Visited 51 times, 1 visits today)