How Do You Know If A Driver Acted Reasonably In Trying To Avoid A Rear End Car Accident?

What is a rear-end collision exactly? The National Highway Traffic Safety Administration (NHTSA) defines it as “… a crash in which the front of one vehicle collides with the rear of another vehicle.”

That’s a pretty broad definition, covering lots of scenarios. If you or a loved one have been involved in a rear-end car crash here in Florida, then your big question maybe how to get the at-fault driver’s insurance company to pay for your damages. And that boils down to proving fault: if a driver fails to act in a reasonable manner (meaning the driver acts negligently) which results in a car accident, then the at-fault driver’s insurance is required to compensate you for your injuries.

So, how do you know if a driver acted reasonably in trying to prevent a rear-end collision? How do you prove the driver was negligent and therefore responsible to compensate you for your injuries? 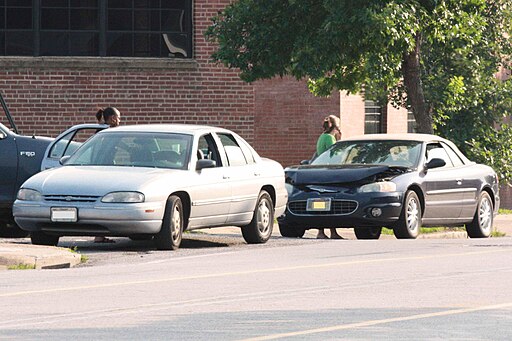 Can Rear-End Collisions Be Complicated?

After a rear-end collision, many drivers assume that the driver of the vehicle that slammed into the rear of the other vehicle is automatically at fault for the crash and liable for damages. That is not always true under Florida accident law.

Rear-end collisions can be complicated and what seems to be an easy situation in which to place blame can quickly turn into a complex investigation involving many factors that may have contributed to the event.

You cannot assume that the driver of the rear car was negligent. Neither should the insurance adjuster.

Here’s an easy image of a rear-end crash where the rear driver isn’t at fault: a car is sitting in the road ahead without working brake lights. Maybe it’s at an intersection, maybe not. Another car comes driving down the road. The driver of this car may not have time to prevent a crash because she didn’t realize that the car in front of him or her wasn’t moving; the driver was unable to tell since the stopped car’s brake lights were out. Who’s the unreasonable driver here?

Each motor vehicle accident deserves to be reviewed on its own terms. Even rear-end collisions.

Research Studies Into the Causes of Rear-End Crashes

There are all sorts of statistical reports and research analysis delving into the reasons why rear-end collisions happen. These are done by government agencies like NHTSA, as well as insurance companies who have to pay those claims. Coming from different perspectives, all of these studies list what they believe to be the causes and reasons for rear-end crashes with a common goal of trying to lessen the number of these collisions.

For the insurance companies, it’s all about the money. Why? Rear-end crashes are some of the most common kinds of motor vehicle accidents that result in insurance claims.

According to NHTSA, almost 30% of all car accidents in the United States are rear-end accidents. Many of these car accidents result in serious injuries not only to the drivers of the vehicles but to their passengers, too. Obviously, insurance companies want to cut down on the number of rear-end collision accidents because they amount to a third of the accident claims they are having to pay right now.

Reasonable Drivers or Negligent Drivers: Who’s at Fault and Liable?

If a driver is acting reasonably at the time of a crash, then it can be argued that he or she was NOT negligent under Florida accident law. If the driver was not negligent, then legally he or she isn’t responsible for the damages sustained by the other driver (and any passengers in that person’s car).

Therefore, the key issue for anyone involved in a rear-end collision as their first step is to figure out if there was any negligence that caused the crash or if all of the drivers acted reasonably in trying to avoid the accident.

If you are in a rear-end crash, then you may find it valuable to your case to know how insurance carriers think about these collisions and to know the type of behavior they consider to be reasonable on the part of drivers in trying to prevent or avoid one of these accidents.

Here are some factors for you to be aware of based, in part, upon information provided in online risk manuals from insurance carriers like Travelers and CNA as well as a study by NHTSA.

1. Insurance companies have a bias in any rear-end collision claim. They believe these accidents are avoidable. From the get-go, they will assume the driver of the car at the rear was at fault, and that driver was driving unreasonably and is therefore guilty of negligence until shown otherwise.

2. Insurance carriers believe a defensive driver will have an awareness that they need lots of space in front of their vehicle in case they need to stop quickly. Reasonable driving here means lots of space between cars at all times.

But is this possible all of the time? No. This ignores the realities of much of the traffic in South Florida, where it’s bumper to bumper and if you try and keep a good gap between you and the car ahead, others will see that as an invitation to merge in front of you.

3. Insurance companies assume in any rear-end collision that the driver in the rear car was speeding. They believe the rear driver has to be driving fast otherwise there would not have been a crash.

Their attitude is that a defensive driver will drive at a safe enough speed that they will have enough time to react or to slow down or stop to avoid any kind of accident. We all know, that’s just not always possible.

As you proceed to deal with your rear-end collision claim, consider the following questions when presenting your claim for settlement. These are questions and issues that you may want to pose to the insurance adjuster, or defense lawyer, who is evaluating your claim to convince them that their insured didn’t act reasonably and therefore was at fault for the accident (from the online manuals provided by Travelers and CNA):

1. What was the distance between the two cars before the accident happened? Was the rear driver tailgating?

2. What was the traffic like at the time of the crash? Was there a lot of traffic on the road? Were cars changing lanes a lot? How fast was it moving?

3. Was there bad weather at the time of the crash? Did the drivers have their lights on and wipers going if it was raining?

4. Was the driver alert? Are there any records of phone use to suggest that either driver was on their phone, chatting or texting?

5. What about how tired a driver might have been? Work records and school activities may reveal a person who would have been fatigued and prone to driving unreasonably.

7. At the accident scene, measurements can be taken. From them, was it reasonable for the driver in the rear car to have this amount of yards between his car and the other vehicle? Did he keep an adequate distance behind the vehicle while they were stopped at the intersection?

8. Was there any construction on the roads at the time? Did the driver consider that traffic might slow or stop because of it? An unreasonable driver would not do so.

9. Was there a stop sign or traffic light at the intersection? Did the driver fail to consider that cars would be stopping and slowing down accordingly?

10. Was the driver drunk or under the influence of drugs (prescription or otherwise)?

11. Did the driver know that his vehicle needed a distance of so many car lengths in order to stop in time?

12. How long had this driver been driving this vehicle? Was he comfortable driving it or was he not used to a vehicle of this size, weight, etc.?

13. Was the driver male or female? NHTSA research reveals that male drivers are more likely to be driving the rear vehicle in a rear-end collision.

14. How old was the driver? According to NHTSA, in rear-end collisions, it’s more likely that the rear driver who causes the crash will be under the age of 25 years.

15. Does the driver have a Florida Driver’s License? How long have they had it? Are they aware of the current traffic laws in this state?

16. Has this driver ever taken a defensive driving course? When? Why?

17. How well did this driver know the road where the accident occurred? Did they drive it routinely or was this their first time in the area?

18. If the driver was new to the area and this particular stretch of road, then was she using a map or GPS to help here? Did this driver know about the speed limits here, or that there was a stoplight (or stop sign) at the intersection?

19. If the driver was accustomed to the area and this particular stretch of road, then did she check for changing conditions that existed that day (like a stoplight that was out of order, or a stalled car, etc.)?

20. Was the driver late for work or class?

21. Was this driver alone in the car or traveling with passengers? What do they say happened here? Were they talking when the crash happened? Was this distracting the driver?

22. Were any food wrappers, makeup or cosmetics, coffee cups, work files, or other debris found in the car that might suggest the driver was busy doing other things at the time of the crash?

23. Did the car’s brakes work properly?

25. Were the tires properly inflated?

26. Was the front car equipped with a rearview mirror? A side mirror? If it was an SUV, RV, etc., did it have a rear-mounted camera?

27. Was the front car driver monitoring the traffic behind him? Could the driver have moved ahead in the lane or roadway to avoid a crash or was he trapped in place?

Where You Involved In A Rear-End Crash

Obviously, some of these questions will need things like the police report, accident scene photos, and interviews with the drivers, passengers, and witnesses to the accident in order to be answered. Some issues may need even more than that: it may well be that accident reconstruction experts will be necessary, as well as third party subpoenas to get medical records, prescription records, phone call, and text histories, and more.

While the insurance carrier presumes that any rear-end crash is a preventable accident where the rear driver is to blame, that is not necessarily true. Having an experienced personal injury lawyer who has had years of experience dealing with the auto insurance claims industry and their biases can be invaluable to someone seeking damages after a rear-end collision.

A good piece of advice if you have been harmed in a rear-end accident, is to at least speak with an experienced personal injury lawyer before you file a claim to learn about some of the issues that can arise with these claims, including the type of evidence needed to prove a claim and the type and amount of damages you can recover. Most personal injury lawyers, like Alan Sackrin, will offer a free initial consultation (over the phone or in-person) to answer your questions.