13 Ways You Can Cause a Car Accident In Florida 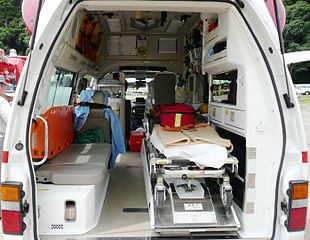 Most Florida traffic accidents are caused by some sort of error or mistake on the part of a driver. Here, from a Florida car accident lawyer’s point of view, are thirteen of the most common reasons that crashes happen and injury claims are filed:

1. Failure to keep a clear and safe distance between the driver’s vehicle and the vehicle he/she is following on the roadway.

Drivers that drive too close to the car in front of them — in extreme circumstances, it’s called “tailgating” — don’t give themselves enough room to stop their car if traffic slows or stops suddenly. This results in a rear-end collision, or even a pile up of several cars, caused by the driver’s mistake in not keeping his distance.

2. Not stopping or yielding before entering an intersection.

Florida roads that cross each other usually have some sort of traffic control, either in the form of a stop sign or stop light, maybe just a yield warning. Drivers that fail to stop before crossing through an intersection, or fail to yield to a pedestrian, risk injuring the pedestrian or broadsiding or “T-boning” another vehicle which has the right of way.

Braking, even if it doesn’t prevent an accident, may slow things down enough to less the harm and severity of the crash. Drivers that fail to stop their vehicle in time of a crash may reveal themselves to be at fault for failing to timely and properly apply their brakes because of a lack of skid marks at the crash site.

4. Not keeping control of your vehicle.

Drivers are legally required to drive in a reasonable and safe manner on Florida roads. If they drive carelessly, without full control of the car — as for example they fail to stay within proper lane of traffic, or scoot along the shoulder to get ahead of slow moving cars — then they can be held at fault for a resulting crash.

5. Failure to try and avoid a crash.

Drivers are to drive defensively on Florida roads and if a driver does not try to avoid a crash, by doing things like swerving to avoid a collision, they can be held at fault for the accident.

6. Following the vehicle ahead too closely.

Tailgating can cause wrecks, and if the driver is shown to have been driving right on the bumper of the car in front, and there’s a crash, the tailgater can be held at fault for the accident.

7. Not keeping a proper lookout.

Florida drivers need to be aware of the road and its surroundings and if a driver fails to note things like road hazards or construction signs, or things like traffic backing up and slowing in the road ahead, then they will be at fault if their failure to keep a lookout causes a crash.

8. Failure to stop driving when not alert and not able to safely drive.

Driving drunk is not only illegal and can cause the driver to be arrested, it’s a clear example of someone who is at fault for a car crash because of an inability to operate their vehicle. However, drivers will also be at fault for being irresponsible in trying to drive a car and crashing when they are impaired by things like medication, lack of sleep, or other reasons.

9. Sideswiping, returning to right lane too soon / too late, or passing when left side has oncoming traffic.

Moving through ongoing road traffic in Florida must be done with proper safety for the driver and others on the road. A driver that is trying to zip through streets or freeways by weaving through the lanes will be at fault in a collision.

Roads not only have signs and lights, there are painted regulations on asphalt that guide traffic according to speed and direction. Drivers that disrespect those painted road markings will be at fault if an accident results.

If a driver skips into an intersection against a red light, then he will be at fault if there’s a collision.

12. Not yielding the right-of-way.

There are road rules to be followed on who gets to go first, to drive ahead, etc., on Florida roads. If a driver fails to yield that right of way to another vehicle and a crash happens, then that driver will be at fault for the crash.

13. Not signaling lane changes, or the intention to stop, slow down, or turn.

Drivers must signal their intended action before they undertake it: from turning a corner, or changing a lane on the highway, the driver needs to warn his fellow drivers of his intent and failure to do so can cause an accident. If that happens, then the driver’s failure to warn will be held as the cause of the crash and the driver will be held at fault.

A good piece of advice if you have been harmed in a car accident, is to speak with an experienced personal injury lawyer before you file a claim to learn about some of the issues that can arise with these claims, including the type of evidence needed to prove a claim and the type and amount of damages you can recover. Most personal injury lawyers, like Alan Sackrin, will offer a free initial consultation (over the phone or in person) to answer your questions.