Here in South Florida, speed limits can go as high as 70 MPH on our interstates — that’s because, the Florida Legislature allows the Department of Transportation to set the legal limits for driving speed. That is pretty fast, especially in our typical highway traffic. Of course, there are very low speed limits as well: for instance, school zones in many South Florida cities are limited to a speed of 15 MPH during the active school session. 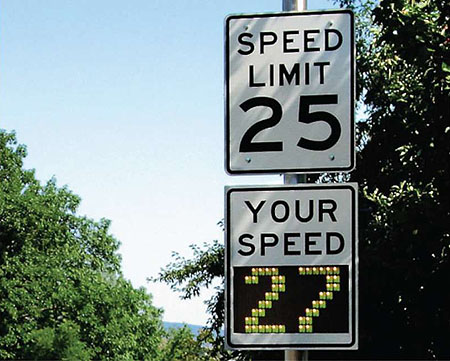 The obvious reasons why the legislature sets speed limits on every public roadway here in Florida is to prevent accidents (including the most common accidents like rear end collisions and pedestrian accidents) and to keep drivers safe.

From the Department of Transportation:

The primary purpose is to provide improved safety by reducing the probability and severity of crashes. A speed limit sign notifies drivers of the maximum speed that is considered acceptably safe for favorable weather and visibility. It is intended to establish the standard in which normally cautious drivers can react safely to driving problems encountered on the roadway. Properly set speed limits provide more uniform flow of traffic and appropriately balance risk and travel time, which results in the efficient use of the highway’s capacity and less crashes.

3 Speed Conditions That Cause Car Accidents

All drivers are responsible for knowing the speed limit when they are driving on a public roadway.  When a driver exceeds the speed limit, “speeding”, then he or she is in violation of Florida law.  That simple concept is important because, should there be a crash, violating a law can severely impact any injury claim a driver may have for their injuries.

Exceeding the speed limit is the main cause of most fatal speed-related accidents. High speed accidents are known to result in serious and deadly crashes, even if only one vehicle is involved.  An insurance company may deny your claim saying that the victim was negligent for violating a traffic law.

Some argue that exceeding the speed limit is necessary when the surrounding traffic is going over the set speed limit (drivers involved in a car accident may try to argue this position against an insurance company’s claim that the driver was speeding at the time of the crash). The driver’s argument is that the speed limit on the sign does not confirm to the realities of the roadway and the current traffic flow. To NOT drive at the speed of the surrounding vehicles, they argue, is dangerous; most drivers here in the Miami-Dade and Broward County areas have experienced this sort of situation — especially in places considered to be “speed traps.”

From the National Motorists’ Association:

There are numerous roadways where 100% of drivers are traveling above the speed limit. Everyone has driven on a road like this.

Does this mean that everyone driving on this road is some kind of a thrill-seeking speed demon? No, it just means that the speed limit has been set incorrectly. On a road with a correctly-set speed limit, these same drivers would be traveling at or even slightly under the posted limit.  With speed limits set too low, tickets are handed out more or less randomly. The police can pick out any driver on the road and give them a ticket. This also opens the door for using traffic tickets to target minorities or harass other groups or individuals.

In fact, the Department of Transportation recognizes that there are many factors involved in driving at a reasonable speed, including those listed below — which means that the agency that sets speed limits does acknowledge that drivers may need to drive at different speeds depending upon the circumstances, including:

In fact, driving even 10 MPH slower that the surrounding traffic greatly increases your chance of being in an accident. So if you are driving on the Florida interstate at 60 MPH and cars are whizzing past you at 70 MPH, the set speed limit, or even faster, then you’re in real danger of being in a serious accident.

Have You Been Involved in A Car Accident Where Speeding Was Involved?

Here in Florida, accident claims go through a standard process where the crash is investigated by both police and insurance investigators as well as attorneys and accident specialists representing the accident victims.  Insurance defense lawyers and insurance adjusters will be anxious to show that the speed is a reason to deny paying any claim for damages (for things like lost wages, pain and suffering, medical bills, etc.) related to the accident.

Determining the speed of the vehicle(s) involved in the accident at the time of the crash can be challenging because it  often times requires scientific analysis related to things like skid marks, the questioning of witnesses, and other information gathering like reviewing the data from the event data recorder, which means that months can pass before it is confirmed that speed was a contributing factor to the accident. This is true whether or not the issue is excessive speed or driving at too low a speed or at an unreasonable speed given the surrounding traffic.

A good piece of advice if you have been harmed in a speed related car accident, is to speak with an experienced personal injury lawyer before you file a claim to learn about some of the issues that can arise with these claims, including the type of evidence needed to prove a claim and the type and amount of damages you can recover. Most personal injury lawyers, like Alan Sackrin, will offer a free initial consultation (over the phone or in person) to answer your questions.