Did The At-Fault Driver Exceed The Speed Limit or Ignore a Warning Sign?

Anyone driving on Florida roads knows that there are all sorts of traffic signs out there for drivers to monitor. These traffic signs can be permanent (like speed limit signs or school crossing zone warnings) as well as temporary warning signs (like construction zone signs). They are all there to warn drivers about hazards and to keep drivers, passengers and pedestrians, safe from harm.

If a driver fails to obey a traffic sign, he or she faces the possibility of a police officer giving them a traffic citation for their failure to obey state law. See, e.g., Florida Statute 316.183.  A driver also risks being found liable for any damages that may result from a car crash or traffic accident caused by the driver’s failure to abide by the traffic sign: a driver’s failure to obey a traffic sign may be considered as the “proximate cause” of the accident and the resulting injuries caused to people (lost wages, pain and suffering, etc.) and property. 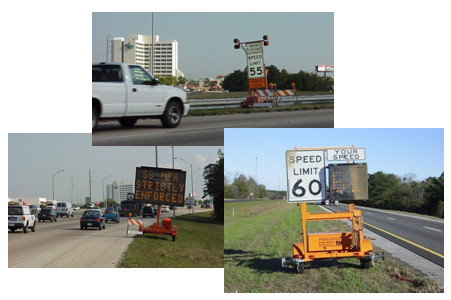 Proving the Driver is at Fault and Liable for Damages

For victims of a car crash, their right to recover damages requires that they establish that the other driver was at fault and caused the crash. Proving fault in an auto accident, a crash which was caused by the negligence of a driver who failed to obey a traffic sign, can be done several ways, including by showing:

Read: Who Pays For My Damages In A Florida Car Crash?

Speed limits are established for every road in the State of Florida and there are also special areas and conditions where lower speeds are the law; these include areas near a school or hospital as well as construction zones. Drivers are responsible for being aware of their surroundings and knowing the proper speed limit for the span of roadway they’re driving.

Rear-end collisions, for example, in school or construction zones are often caused by a driver who fails to notice or abide by warning signs that speed limits have been lowered. This type of driver is usually cruising along and he or she fails to slow down because they were either distracted and didn’t see the warning sign (they were either texting while driving or they were talking on their cell phone) or because they simply disregarded a warning sign, which results in the driver slamming into slower or stopped traffic ahead of them on the street.

Construction traffic warning signs are specifically designed to try to prevent these kinds of serious crashes by warning of lowered speed limits as well as containing specific language warning of “construction zones ahead.”  Sadly, some Florida drivers ignore and fail to obey these traffic warnings which results in serious injuries and even death.

Read: Do You Have to Pay Back Your Insurance Company After An Accident Claim?

Experienced car accident lawyers know to quickly retrieve photographs or videos that were taken at the accident scene. These visuals are used, in part, to establish that there was a traffic sign in place at the time of the accident which the at-fault driver should have seen and obeyed. (This is especially true when the at-fault driver is defending himself by saying things like “there wasn’t any warning sign!” or “the traffic light wasn’t working!”)

Traffic signs as well as stoplights, construction zone cones, and other traffic warnings that can be seen as they existed at the time of the accident and near the point of impact are vital to proving liability and fault in these kinds of car accidents.

Also, police reports and law enforcement incident reports may often include information about the existence of traffic signs that were ignored by the driver that caused the crash. This is especially helpful to an injury victim when there were speed limit signs posted and there is evidence that the driver was speeding and driving too fast at the time of the accident.

A key to recovering compensation for any car accident, is to seek immediate medical attention and to be honest with your doctor about your injuries. This includes, telling your doctor if you have any pre-existing injuries. The insurance company is looking for a reason to challenge your truthfullness. So, don’t give them one!

A good piece of advice if you have been harmed in a car accident, is to speak with an experienced personal injury lawyer before you file a claim to learn about some of the issues that can arise with these claims, including the type of evidence needed to prove a claim and the type and amount of damages you can recover. Most personal injury lawyers, like Alan Sackrin, will offer a free initial consultation (over the phone or in person) to answer your questions.

If you found this information helpful, please share this article and bookmark it for your future reference.
(Visited 146 times, 1 visits today)