Did You Delay Seeing A Doctor Because It Didn’t Hurt That Bad At First?: The Case Of The 5 Month Back Surgery Delay

Not every injury makes itself immediately known, this is especially true with car accidents (rear-end collisions) and with slip and fall cases. Sometimes injuries to the head, neck, or spine take time to show up and manifest into actual symptoms.

It’s not uncommon for someone to suffer a concussion, for instance, and not realize that they have been hurt. Their brain injury will begin to reveal itself in days or weeks after the accident, when the victim begins to experience things like headaches, confusion, nausea, dizziness, and even depression or anxiety. Similarly, whiplash and other injuries to the neck and back may not be readily apparent the day of the accident or even that week or more.

A delay in recognizing an injury does not mean that it doesn’t exist and that it cannot be serious. Doctors understand that some injuries are silent at first, and it’s encouraged that anyone involved in an accident seek prompt medical care so a physician can explain how these injuries may crop up later and what symptoms may arise.

Insurance adjusters and defense lawyers understand that not all injuries show up immediately, too. However, if you delay in seeing a doctor because you don’t think you are hurt – or that you’re not hurt that bad – then they will try and use that fact against you in order to lower their financial responsibility in an injury claim. 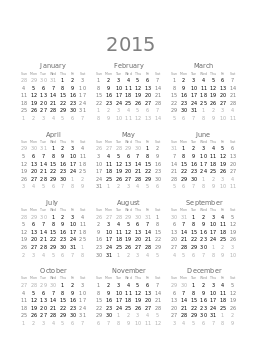 The Case of the 5 Month Delay Before Back Surgery

In the case of Friendly Ford v. Hurrell, 427 So. 2d 207 (Fla. Dist. Ct. App. 1983), a man named Kenneth Hurrell was hurt on the job. Specifically, he was injured in his left groin and testicle and while he didn’t get immediate medical attention, he did go to the doctor the following day who diagnosed him with a “left inguinal strain.” This happened in May; Hurrell kept working until September, when his doctor hospitalized him for rectal bleeding. As part of that hospital treatment, Hurrell’s spine was examined and “no obvious deformities” were found.

The next month, Hurrell went to a chiropractor for relief from back pain. The chiropractor sent him to a neurosurgeon, who discovered that Hurrell had a herniated disc. Hurrell then had spinal surgery and was discharged with a 13% permanent partial disability of the body as a whole.

Of course, this impacted his ability to work and make a living so he filed for disability benefits along with future medical coverage and attorneys’ fees the following February. His employer defended against taking responsibility for his damages, arguing that his back injuries were not their responsibility since they weren’t related to his job accident given his delay in treatment.

After all, there was a five month time lag between that May accident at work and the October back surgery. The work accident couldn’t be responsible for that, right?

In Florida, in order to make a defendant liable for your injuries, you must show a cause-and-effect relationship between the accident and the injury that is based upon a “reasonable medical probability.” Scotty’s, Inc. v. Jones, 393 So.2d 657 (Fla. 1st DCA 1981). Hurrell therefore had the burden of proof of connecting that May accident with his subsequent back injuries and disability prognosis.

Hurrell did this by first having his neurosurgeon provide opinion testimony that the back injury was indeed the result of the on-the-job accident. He explained that the back injury did not manifest itself immediately. While the doctor did testify that it would be “unusual” for a five month gap between the back injury and the accident, there was other evidence to explain why there was a delay in getting treatment for the spinal disc problem.

What was it? The accident victim’s testimony that he did have pain in his back after the accident — but that the back pains did not “concern” him enough to go to see a doctor at first.

Don’t Delay When You’ve Been Hurt in an Accident

This case is an excellent example of something that many experienced personal injury lawyers see in their practice: the “tough guy” or “tough gal” who refuses to go see a doctor after they’ve been in an accident. Maybe, they really didn’t have symptoms that manifested themselves at or immediately after the accident. Sometimes, though, they’ve get a twinge or a hint of a problem and they decide for themselves that it’s not that big of a deal and they can just wait it out (it will get better).

Even worse, they start feeling real discomfort or pain, and they are experiencing other symptoms as well, but they refuse to admit that they are hurt – especially if it was not a major accident. A minor incident at work, a fender bender on the way home, and they’ll try and dismiss what they’re experiencing as minor because they consider the accident itself to be a minor accident.

Major bodily injuries can result from what appears to be a minor accident, however. Delays in seeking medical attention not only give the defendants an argument to fight against paying damage claims, they can cause the injury victim needless pain and suffering as well as drag out the amount of them they have to cope with the problem before medical treatment can help and resolve it.

Lesson here: get immediate medical attention after an accident.

Procrastination isn’t fatal to a personal injury claim, but it is something to avoid. A good piece of advice if you have been harmed in an accident, is to at least speak with an experienced personal injury lawyer before you file a claim to learn about some of the issues that can arise with these claims, including the type of evidence needed to prove a claim and the type and amount of damages you can recover. Most personal injury lawyers, like Alan Sackrin, will offer a free initial consultation (over the phone or in person) to answer your questions.