Does a Hotel Have a Duty to Protect You From Hidden Defects?

Florida hotels are in the “hospitality” business. They make money by offering hospitable places for visitors to stay, for a price. Because their customers trust them to provide a safe environment, either overnight or for days or weeks at a time, hotels are given special consideration under Florida law: they have a specific legal “duty of care” to protect both the hotel guests and patrons as well as the general public from reasonably foreseeable acts that can hurt these people.

Under Chapter 509 of the Florida Statutes, hotels are defined as “public lodging establishments.” Here, a series of laws have been passed by the Florida Legislature to make sure that hotels exercise special precautions to protect their invitees in the course of their business operations.

There’s good reason for these laws being on the books. It’s routine for hotel owners and operators, and their insurance companies and defense lawyers, to deny responsibility whenever someone is hurt on or around the hotel’s property.

(Note: these legal protections may not extend to those who trespass or have come upon the hotel property without invitation and without legal rights.  See our earlier post “What Type of Legal Duty Does a Florida Property Owner Have For Injuries To Visitors? Florida Premises Liability’s Invitee, Licensee, Trespasser Distinctions.”) 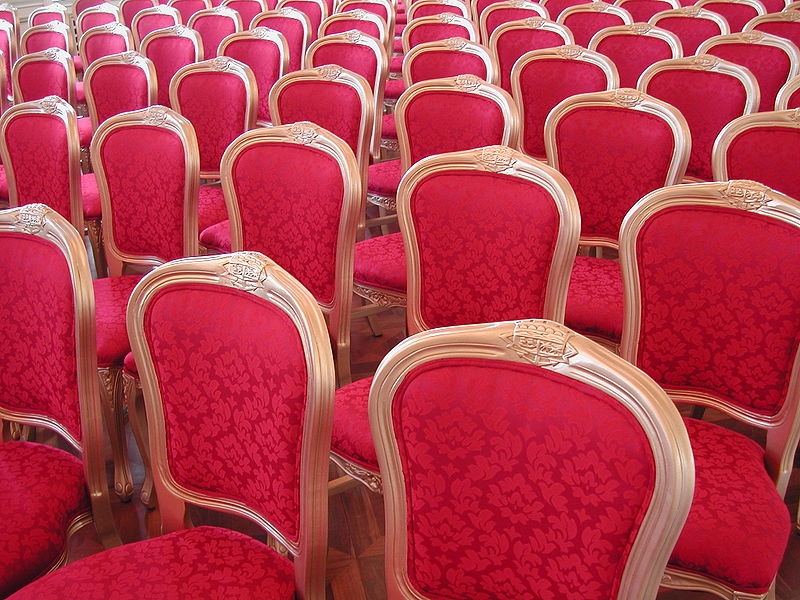 Is the Hotel Liable To a Guest Who Was Hurt by a Collapsing Chair?

In the case of Fontana v. Wilson World Maingate, 717 So. 2d 199 (Fla. Dist. Ct. App. 1998), Paula Fontana had checked-in at a local Florida hotel and had just begun to enjoy her stay there as a hotel guest. Sadly, it wasn’t long after she’d entered her hotel room before Paula Fontana suffered a serious injury. The hotel room chair in which she was sitting collapsed. Paula was hurt.

After the hotel refused to take responsibility for her injuries and damages (like medical bills), she sued them in a civil lawsuit based upon premises liability law.

The hotel argued that it had no idea that the chair was defective, and that Paula Fontana had not provided any evidence that the hotel had actual or constructive notice of the chair’s condition. The hotel argued it wasn’t their fault, they shouldn’t have to pay anything to their guest for a faulty chair.

The court, however, agreed with Paula Fontana, the hotel guest.  Why?

First of all, the hotel never argued that the chair wasn’t a problem and that the flaw in the chair itself caused their guest to be hurt. There was no dispute that the chair caused the injuries. No one knows how long the chair had been defective — did it come that way when it was initially purchased, or did some prior hotel guest weaken the chair, or was it damaged by overuse? We don’t know because there was no evidence presented on the history of the chair or how it came to be so dangerous.

Under Florida law, a hotel has a duty of “ordinary and reasonable care” to all its guests to make sure that their hotel rooms are safe. This is true for any business that invites people into their premises in order to make a profit. How that duty applies to the hotel will depend upon the particular circumstances of each case. See Economy Cash & Carry Cleaners, Inc. v. Gitlin, 1 So.2d 191 (Fla.1941).

What About Hidden Defects?

In Paula Fontana’s accident, the Florida court pointed out that unlike the usual hotel slip and fall claim where the danger is “…a pool of liquid or a banana peel on the floor,” she was harmed by a hidden defect.

Maids cleaning the room would not have noticed the problem; the chair was heavy and had not been moved in awhile. There was no standard practice for this hotel to have its rooms inspected for dangers in the furnishings or materials found in the rooms themselves.

No one at the hotel had the task of making sure that the rooms in which hotel guests were placed were safe from hidden defects, or obvious ones, for that matter.

The court wisely pointed out that even ordinary wear and tear over a period of time can become a hazard, and that the Florida hotel’s “ostrich-like approach to the safety of its premises did not meet its obligations to its invitees.”

A good piece of advice if you or a loved one were hurt during a stay at a Florida hotel, is to at least speak with an experienced personal injury lawyer before you file a claim to learn about some of the issues that can arise with these claims, including the type of evidence needed to prove a claim and the type and amount of damages you can recover. Most personal injury lawyers, like Alan Sackrin, will offer a free initial consultation (over the phone or in person) to answer your questions.