Can You Recover Damages For Depression Even If You Delay Treatment?

When someone is hurt in any kind of serious accident (traffic accident, injury at a supermarket, etc.) the odds are high that they will need medical treatment and the help of a health care professional. Unfortunately, many people refuse to get themselves to a doctor right away. There are some that think they can handle things themselves; they’ll “walk it off.” Lots of people these days just don’t have it in their budget to pay for medical care. They can’t afford to go to the emergency room or to the doctor’s clinic. And others who can pay may not trust doctors or Big Pharma.

This can be especially difficult when part of the treatment that is needed is mental health concerns as well as physical needs. Serious depression can result after an accident, and clinical depression is a form of damage that is compensable under Florida law.

Of course, the person responsible for the accident (or the company) will have its insurance adjusters and their insurance defense lawyers ready to find reasons to deny any coverage request: they will argue that the delay in seeking a doctor’s care is a red flag. They will use that fact against the injured person as a reason for denying responsibility for the damage claim.

It is true under Florida law that an accident victim has to use “due diligence” in their case and to act as a reasonable person would in their shoes to minimize the harm that has occurred. If someone delays seeking medical treatment, they will have to explain why they delayed. In instances of mental illness, like depression, this may mean that you will need a medical professional (psychiatrist or psychologist) to help explain the delay. However, a delay does not mean that someone cannot be compensated for depression resulting from a Florida personal injury. 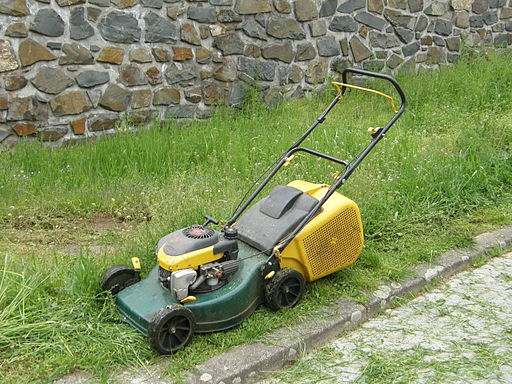 The 300 Pound Metal Drum Accident, the Demotion, and Depression Damages

In the case of Wadsworth v. Tampa Catholic High School, 565 So. 2d 401 (Fla. Dist. Ct. App. 1990), Charles Wadsworth was hurt on the job when he was helping to get a 300 pound metal drum out of the back of a truck when it fell, and slammed into his chest and upper left arm. He was taken to the hospital and had to stay there for several days after the accident.

After that, as with many serious accidents, Mr. Wadsworth then faced weeks and weeks of recuperation at home. Finally, his doctor okayed his return to work about two months later. He was considered to have recovered from the drum accident and no longer under his doctor’s care.

Still, Mr. Wadsworth was in pain. And, when he went back to work he discovered that he had been demoted from maintenance supervisor to groundskeeper. He wasn’t on a salary any longer; now he was on an hourly rate.

As a groundskeeper, Mr. Wadsworth had the task of mowing the school lawn. A year after he had returned to work from the drum accident, he was mowing the grass when the mower went over a metal spike hidden there, and the mower blades forced that spike into Mr. Wadsworth’s leg.

At first, Mr. Wadsworth didn’t seek medical treatment for the injury. However, after several days infection set in and he was forced to return to the hospital where he had been treated for the drum accident. They wouldn’t treat him because his bill for the drum accident wasn’t paid in full.

So, Mr. Wadsworth went to a second hospital, which did treat his infected leg wound. At this point, Mr. Wadsworth would later testify, he was in pain not just from the leg wound but also from “very deep depression.”

A psychiatrist admitted him to the second hospital. Mr. Wadsworth was treated there not for the leg wound, but for “major depressive disorder accompanied by job-related anxiety.”

While his employer contested his claim, Mr. Wadsworth won his argument that he should have a worker’s compensation claim based upon his clinical depression. He provided medical expert testimony that his clinical depression was caused by the earlier drum accident as well as the later job issues (the demotion, etc.) .

The doctor testified that while Mr. Wadsworth did not seek help from a doctor at the time of the drum accident or for a year thereafter, this delay in seeking treatment would not bar him from pursing his claim for damages due to the mental illness and the “causal chain” that ended up with him in the hospital for treatment of a “psychiatric disability.”

Does Delayed Medical Care After an Accident Mean Medical Expert Testimony Is Needed?

In any claim where there has been a delay in seeking medical treatment, there will be an insurance adjuster and insurance defense attorney ready to use that failure to get immediate medical care against the victim. If the victim has a time gap between the time of the injury and the time of treatment, then the victim may need to have an expert provide a medical opinion to support their claim and challenge the defense’s excuses why they shouldn’t have to pay.  An experienced personal injury lawyer, like Alan Sackrin, will know how to properly use a medical professional’s testimony to support an injury claim during settlement negotiations, and, if necessary, present it to the jury for their consideration.

A good piece of advice if you have delayed treatment for depression, is to speak with an experienced personal injury lawyer before you file a claim to learn about some of the issues that can arise with these claims, including the type of evidence needed to prove a claim and the type and amount of damages you can recover. Most personal injury lawyers, like Alan Sackrin, will offer a free initial consultation (over the phone or in person) to answer your questions.