Can An Injury Victim Recover Damages If They Don’t Have Surgery?

In Florida, accident victims have choices. For instance, victims can choose if and when to see a doctor after they’ve been hurt, unless they’re so seriously hurt in the accident that the decision is made for them at the scene.

While a delay in obtaining treatment from a doctor after an accident will likely be used against the victim by the defendant (read our popular post on this topic), it is a choice that people make for various reasons.

In many instances, injury victims also make a decision whether or not to undergo a surgical procedure. Perhaps a knee surgery needs to wait until after a family member’s wedding or a back surgery needs to be delayed until your spouse can take off work to help you during your recovery.

But what will happen if the accident victim decides to wait — or even decides against — having surgery? What if you investigate the procedure and decide the benefits of the surgery are not worth the risks involved or that the chances of success are not sufficient to justify proceeding.

If you do not have surgery, then have you negatively impacted your injury claim against the person responsible for your accident? 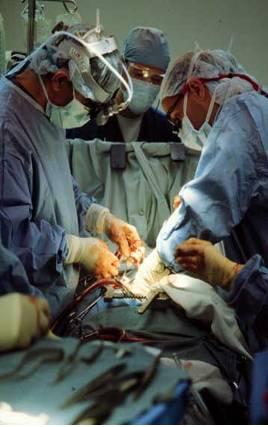 What Is The Effect of Not Having Surgery on Your Claim for Damages?

In Florida, it is not illegal to postpone or avoid surgery. The key question, for purposes for awarding injury damages, is whether or not it was a reasonable decision to make.

If a reasonable person would have the surgery and you make the decision not to have surgery, a jury could reduce the amount of damages as you have an obligation to mitigate your damages. However, you are not required to undergo a procedure that is extremely risky or that wouldn’t provide you with much of a benefit. The issue is what would a reasonable person do under the circumstances. The victim’s ability to recover damages will depend upon evidence about the importance of that surgery and the likelihood it would have made a difference. If the injuries caused by the accident would be reduced or eliminated with the surgery, and a reasonable person would have the procedure, then the failure to have surgery could materially impact a damage award. However, if the consequences of the surgery are something that a reasonably prudent person in the same or similar circumstances would avoid, if there’s high risk and the chances of fixing the injuries caused by the accident are remote, then failure to have the surgery probably won’t affect the amount of damages awarded by a jury.

For instance, if a plaintiff gets hurt in an accident and decides not to have a surgical procedure where 65% of the operations successfully fixed the problem and 35% did not, what happens? The Florida Supreme Court held that it is a jury decision whether it is unreasonable for an accident victim to refuse or decline to undergo a surgical procedure. The jury would have to take into consideration all of the relevant evidence in deciding whether to compensate a person for the injuries as they exist without surgery or whether compensation would be awarded to the victim based upon what the condition of the victim had a successful operation been performed.

Consider the case of Ballard & Ballard v. Pelaia, 73 So. 2d 840 (Fla. 1954). One cold December up in Peekskill, New York, a dentist decided to bring his family down to warm Orlando, Florida, for a holiday. Three days before Christmas, Dr. Pelaia was on an Orlando city bus when there was a minor accident.

A truck rear-ended the dentist’s bus while it was sitting at a bus stop. Not a big crash; not much velocity or speed involved here. The guy getting on the bus at the bus stop barely noticed it. Passengers sitting on the bus told the court that the impact was so light that it didn’t push the bus forward enough for them to know something had happened.

Still, the New York dentist was hurt. He testified later that he felt pain in his lower back immediately, right as the collision happened. The dentist didn’t need an ambulance, but he did go to see a doctor right after the bus crash and x-rays were taken at a hospital. Those x-rays revealed that he had an abnormal back before the accident, and that he did need treatment.

Surgery was available to him but these procedures were known to be successful only 65% of the time. The dentist considered it, he got estimates on how much he would have to pay for the operation. But he decided against the surgery.

The dentist was never admitted to a hospital. He had some massages, some drugs, and other treatment. He went back to work in his Peekskill dentist office, treating his patients, two weeks after the bus incident.

The dentist made an injury claim against the driver who rear-ended the bus. The driver wouldn’t settle, so the parties proceeded to trial and the dentist was awarded injury damages for his back injury.

The driver appealed the verdict, arguing that the damage award should be less, or even nothing, because the dentist failed to get back surgery that would have minimized or fixed the back problem the driver was being asked to compensate.

The case found its way to the Florida Supreme Court. There, the case was returned to the Florida trial court for a jury to decide the question of damages — while the reviewing court did not find “sufficient predicate in the record” for the amount that was awarded to the dentist, it would not take it away the dentist’s ability to recover damages.

The Florida Supreme Court returned the issue of how much the dentist should be awarded back to the trial court for a new trial before a jury on the issue of damages. Specifically, the jury had to decide if the dentist’s decision not to have the surgery was a reasonable one. If it was not a reasonable decision, then the jury would have to reassess the initial award of damages, mitigating (by lowering) the damage award. If the jury found that the decision to not to have surgery was a reasonable decision by the dentist, then no mitigation of damages would be required and the original damage award would be reinstated.

A good piece of advice if you or a loved one have been involved in an accident and you are concerned that not having surgery may seriously reduce the damages paid to you is to at least speak with an experienced lawyer to learn how your decision can impact your claim. Most personal injury lawyers, like Alan Sackrin, will offer a free initial consultation (over the phone or in person) to evaluate your claim and answer your questions.

If you found this information helpful, please share this article and bookmark it for your future reference.
(Visited 85 times, 1 visits today)