After a car accident, victims can suffer severe pain both at the time of the crash as well as in the weeks and months following the accident.  In fact, pain from a car crash is often a permanent disability.

In Florida, pain and suffering is a basic element of any bodily injury claim related a motor vehicle accident.  Nevertheless, insurance adjusters as well as defense lawyers are notorious for disrespecting and discrediting these claims. 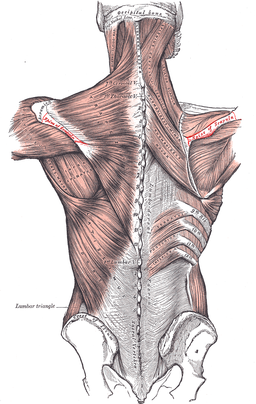 Back pain can be life-altering but getting respect for a claim based on back pain after a car crash in Florida can be hard fought.

Comparing actual damages from a car accident to the pain and suffering verdict.

Ana Tarin was 53 years old when she was driving her husband Fernando on some errands and they were seriously injured in an auto accident at a Miami shopping mall parking lot.  The owner of the shopping mall, City National Bank of Miami, refused to settle the Tarins’ claim for injury damages sustained in the crash, so the couple sued the Bank and the case went to trial.  While the jury did find that Ana was 90% negligent, they also found the defendant Bank liable for the accident as well.  The jury verdict found $30,000 in damages for Ana and $5,000 for Fernando Tarin.

At trial, the Tarins presented evidence that was not challenged by the defense on Ana’s pain and suffering and her spinal injuries sustained in the wreck.  She was given a 15% permanent disability rating by the medical experts.  Testimony included the expert opinion that Ana would never be able to return to the job she had before the crash.

There was also medical evidence of her cervical spine fracture and her “considerable pain and suffering.” Ana introduced evidence of lost past earnings and medical expenses that totaled $20,000.00.  The defense did not challenge this total.

After the jury award of $35,000, the Tarins appealed the case to the Florida Court of Appeals.   The appellate court found that Ana had proven her damages of past earnings and medical expenses sufficiently under Florida law.  The court then compared that total to the additional $10,000 that the jury awarded for three areas of damage, (1) pain and suffering, (2) permanent disability, and (3) loss of future earnings.

The appeals court held that $10,000 for all these damages “above and beyond” the $20,000 in medical expenses and past earnings was “grossly inadequate and unsupported by substantial competent evidence.”   The case was returned for a new trial on Ana’s pain and suffering damages, as well as her damage award for permanent disability and loss of future earnings caused by the shopping mall parking lot auto accident.

Seat belt injury in a car crash results in no pain and suffering verdict.

Lucille T. Campbell was driving her car in her hometown of Bradenton when Stoner Griffith slammed into the passenger side of her car, broadsiding her vehicle in the crash.  Mrs. Campbell immediately had pain shooting in her left elbow, but saw no need for emergency medical attention at the accident scene.  However, she did go for medical treatment on her arm later that afternoon at the emergency room.  Tests were done on her left arm, and a sling was used to immobilize the limb.  Mrs. Campbell was then sent home with pain medication.

After two weeks, the pain in her arm went away.  Things seemed fine.  Then, a few weeks later, Lucille Campbell began to have trouble with her arm.  It was numb, cold, and tingly.  It came and went.  She didn’t rush to get medical care.  Then one day, she did rush back to the emergency room because her left arm had become cold and hard, and doctors assessed that she had a blood clot that was acting as a dam inside her arm, preventing the flow of blood.  Testing was done; an aneurysm was discovered in her left shoulder subclavian artery and she underwent surgery to insert a stent in the artery.  It failed.  She had a second surgery, for another stent implant.  Doctors believed a third stent surgery was likely in the future.

Mrs. Campbell asserted her claim for damages against Mr. Griffith based upon negligence in the car accident.  A settlement could not be reached, so Mrs. Campbell filed a lawsuit.  At trial, her doctors testified that the car crash was the cause of her aneurysm “within a reasonable degree of medical probability”.  The defense’s testifying doctor agreed.  Doctors for both sides also agreed the injury was permanent.

After all, the defendant didn’t contest that her elbow was injured in the crash, or that any of her medical treatment was not reasonable and necessary.  He specifically did not challenge her assertions of pain and suffering caused by the elbow injury.

The jury verdict of zero for pain and suffering, in this case, was held to be inadequate as a matter of law.

A jury’s verdict of zero damages for pain and suffering failed for three reasons – Florida Statute 768.043.

Lloyd Ellender was hit by a car driven by Theodore Bricker while driving on Interstate 75.  Settlement couldn’t be reached, so Mr. Ellender sued Mr. Bricker for negligence, seeking personal injury damages for the injuries he sustained in the crash.  The jury agreed that Mr. Bricker’s negligence caused the crash and its resulting harm to Mr. Ellender.

Things weren’t so simple in determining damages as it was for the jury to decide liability.  Specifically, the amount of pain and suffering damages the plaintiff should be paid.

Mr. Ellender presented evidence from two physicians, an orthopedist and an anesthesiologist specializing in pain management.  Both doctors opined that he suffered pain from the injury sustained in the crash. The orthopedic physician testified he suffered permanent lower back and neck injuries; the pain specialist testified Ellender suffered neck and shoulder pain, headaches, and lower back pain, also from the wreck.   He also testified that Ellender’s “[n]eck was his major problem.”

The plaintiff also took the stand to testify about his pain and suffering, explaining that most of his pain was in his back, but that his neck will occasionally hurt him and this gives him headaches.  He also explained that he had no problems with his neck before the crash.

At trial, Mr. Bricker defended against the plaintiff’s damages claims by presenting evidence of a preexisting back injury and a history of migraine headaches for Mr. Ellender.  The defense argued that (1) some of Ellender’s pain and suffering was due to these alternative causes for the pain, plus (2) the future medication and medical treatments he was to receive would avert any future pain caused by the accident injuries.  The defense didn’t challenge that the plaintiff suffered pain in his neck that required medical care and pain management.

Bricker’s medical expert testified that the plaintiff’s injuries were permanent.  He also opined that Ellender’s complaints of pain were real, that Ellender suffered a neck injury and pain caused by the accident.

A jury verdict awarding zero damages for pain and suffering is not an inadequate verdict as a matter of law.

Of course, the defense refused to settle the case and Mrs. Beauvais was forced to file a lawsuit and seek a jury’s decision on her damages claim.  Here, there was a big challenge by the defense on whether or not the plaintiff’s pain and suffering was caused by the auto accident as well as whether or not she had been hurt in the crash itself.

At trial, the big legal issue before the court was whether not Mrs. Beauvais had sustained a permanent injury in the car crash, and if so, how much was an appropriate award for her resulting damages.  The jury received an instruction from the judge that they could not award any damages to her unless they found a permanent injury resulting from the accident itself, and not her preexisting conditions of diabetes, hypertension, and angina.

The jury found a permanent injury, awarding unspecified total damages of $68,501.  The jury didn’t explain what this amount represented, but this was the exact amount of the medical expenses that Mrs. Beauvais had provided in evidence.

Mrs. Beauvais appealed the verdict.  She argued that this was essentially a zero-damage pain and suffering case and therefore inadequate as a matter of law.

The appeals court found that the jury verdict would stand.  It was not inadequate as a matter of law because the plaintiff failed to present evidence on her pain and suffering and that the pain she suffered resulted from the accident and not from her other medical conditions.

A good piece of advice if you were involved in a car accident, is to speak with an expert personal injury trial lawyer who has spent years evaluating car accident facts, applying the law, and effectively asking juries to render a favorable verdict for his clients. Most car accident lawyers who meet these criteria, like Alan Sackrin, will offer a free initial consultation to answer your questions and explain the law.

To Learn About Alan Sackrin’s Qualifications As An Expert Personal Injury Trial Lawyer, See His About Me Page.