Hurt in Florida and Not a U.S. Citizen? Can You Make a Personal Injury Claim?

If you are not a citizen of the United States, and you are hurt in an accident here in Florida, then you may be able to file a claim for personal injury – just like someone who has lived here in Florida all of their lives.

The key to this question is responsibility or “legal liability” — if someone causes harm to another person because of a breach of the duty to provide a safe environment, then Florida law will hold the breaching party accountable. Negligence law in Florida is focused on the duty to keep customers and clients and visitors safe from harm.

If this legally imposed duty has been breached and that breach has caused harm, then there is a claim under our state law.

For instance, a British citizen on holiday in Miami who slips and falls on the wet floor of a hotel bar may have a claim for damages against the hotel owner. Likewise, a Canadian resident who is injured in a taxi accident while vacationing in Palm Beach will have an injury claim to pursue under Florida law.

In these scenarios, the focus of Florida law will be on the hotel owner and the taxi cab company and whether or not they are negligent (failed in their duty) under Florida premises liability law. Whether or not the injury victim is from Great Britain or Canada will not matter; it is the fact that a customer of the Florida company was hurt.

Injury claims are not just about determining liability, however. A big part of any personal injury claim is proving up your damages with proper evidence to support a settlement or jury verdict award to pay for them. 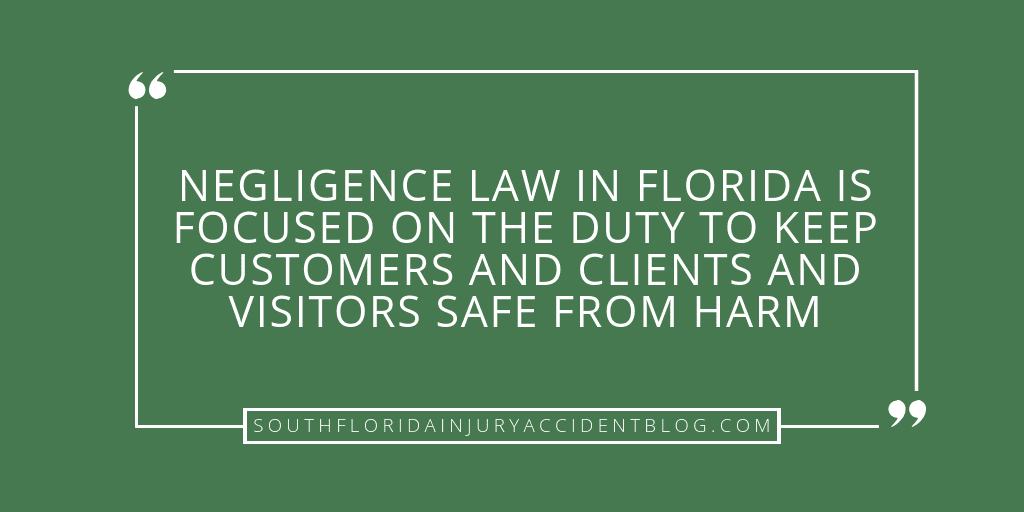 Proving Up Damages in a Non-Citizen Injury Claim

However, there may be a problem if the injury victim is not in Florida legally. In the above scenarios, the injury victims were not citizens or residents, but foreign nationals who were tourists or vacationers.  For those who are in Florida illegally, while their illegal status will not be a priority in proving the liability portion of their injury claim, it may be critical in establishing their damages.

Lost wages may also be an issue for someone who cannot prove they are legally in the State of Florida because they may not be able to document with proper evidence what their usual wages have been in order to prove up a lost wages claim. Additionally, if they have not been paying any federal income taxes (or they have been under-reporting their income), then proving up a lost wages claim may subject them to later charges of tax fraud.

Hurt On the Job

Being in Florida illegally and finding work isn’t hard to do.  For those working here in Florida and who are hurt on the job, their injury claims may be easier to pursue.  An illegal alien status will not prevent injury victims from being covered by the Florida Workers’ Compensation Law. See, HDV Const. Systems, Inc. v. Aragon.

This is because Florida law focuses upon placing a legal duty upon state employers to provide safe working conditions for their workers, instead of the general public; accordingly, the Florida Legislature has determined that workers should be protected from on the job injuries regardless of their immigration status. (And this has been upheld by federal law.)

For those who are injured while visiting Florida, they may return home to recover from their injuries and decide to investigate an injury claim later. It is possible that they can pursue a Florida demand for damages – and file a lawsuit here if necessary.

However, they will not be able to do so without the assistance of a Florida injury attorney. Florida law prohibits lawyers from other states and other countries from practicing here; additionally, it’s important to have an advocate who is knowledgeable and experienced in Florida personal injury law and all its nuances.

For those living in Florida without proper documentation, injury claims may require an experienced Florida injury lawyer as well as immigration counsel.

A good piece of advice if you have been harmed in an accident and are not a U.S. citizen, is to at least speak with an experienced personal injury lawyer before you file a claim to learn about some of the issues that can arise with these claims, including the type of evidence needed to prove a claim and the type and amount of damages you can recover. Most personal injury lawyers, like Alan Sackrin, will offer a free initial consultation (over the phone or in person) to answer your questions.

If you found this information helpful, please share this article and bookmark it for your future reference.
(Visited 113 times, 1 visits today)