Reckless driving is a crime in Florida; meaning, if you are in an accident caused by a reckless driver, that driver is likely to face criminal proceedings.  Of course, that’s in addition to your civil claim for damages (that you, as the injured victim, will likely be pursuing against the driver). Victims of reckless driving can pursue injury claims for things like medical expenses, lost wages, pain and suffering, property damage, lost earning capacity, and more. 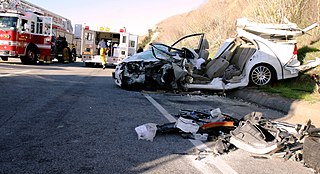 What Is Reckless Driving?

Florida Statute 316.192(1) defines “reckless driving” as driving any vehicle “…in willful or wanton disregard for the safety of persons or property.” The law also provides that if a Florida driver is fleeing the police or any law enforcement officer, then that driver will be found guilt of reckless driving “per se,” meaning that he will be found guilty of the crime even if he was not driving dangerously at the time.

If a driver is convicted of reckless driving in Florida, they can face serious jail time as well as fines. If the driver has seriously hurt someone, they may be imprisoned for committing a felony of the third degree.  These are crimes where the injured victim has suffered “serious bodily injury,” which is defined in the law to mean an injury involving “a substantial risk of death, serious personal disfigurement, or protracted loss or impairment of the function of any bodily member or organ.” Florida Statute 316.192(2).

To obtain a criminal conviction for reckless driving, the burden of proof is higher than it is in a civil negligence case. The prosecutor must be able to prove that the driver had “wanton disregard” for the safety of people or property.  This will depend upon the facts of each case.  For instance:

1.  In a case where a police officer believed a driver was speeding at 50-55 mph in a 35 mph zone, and slowed down as the driver got near to an intersection, the court held that reckless driving had not been shown because there was no evidence of “wanton disregard” to safety. Miller v. State, 636 So. 2d 144 (Fla. Dist. Ct. App. 1st Dist. 1994).

2.  However, when a police officer saw a vehicle speeding through a residential area at speeds over 80 mph and then slam into a U-turn, the court held that there was cause to arrest the driver for reckless driving — especially with the police officer’s testimony that when he pulled the driver over, the driver didn’t seem to understand how dangerous he had been driving and how serious the risk was of hurting someone or something. State v. Orozco, 607 So. 2d 464 (Fla. Dist. Ct. App. 3d Dist. 1992).

Claims Against the Reckless Driver

Unfortunately, all of us face drivers on the road who have decided to drive however they want on the roadway, no matter how careless or dangerous they might be to others. Reckless and/or careless driving is often times associated with intoxicated drivers. Signs of a reckless driver can include things like:

If you found this information helpful, please share this article and bookmark it for your future reference.
(Visited 166 times, 1 visits today)