What Is A Foreseeable Risk Or Injury? 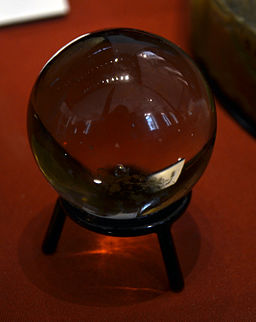 In Your Accident Case, Foreseeable Risk Isn’t Forecasting With a Crystal Ball.

How Much Liability Does A Business Owner Have For An Injury To A Customer?

There are limits on the amount of responsibility a business owner has to its customers. Business owners and their insurance companies are well aware of these limits.  They know those limits just like they know about their duty to keep customers and other invitees safe.

The key to these limits is “foreseeability,” which is  a legal concept developed by Florida courts over the years.

What Is A Foreseeable Injury?

Here’s some language from the Florida courts:

A foreseeable injury is one which a careful person would expect to likely result from a given action; the exact injury or manner in which it happens doesn’t need to be foreseen, but rather it only needs to be foreseeable that some injury could result from the negligent act. –  Guyton v. Colvin, 473 So.2d 266, 267 (Fla. 1st DCA 1985)

‘The extent of the defendant’s duty is circumscribed by the scope of the anticipated risks to which the defendant exposes others. In order to prevail in a lawsuit, the plaintiff must demonstrate that he is within the zone of risks that are reasonably foreseeable by the defendant.”  Concord Florida, Inc. v. Lewin, 341 So.2d 242 (Fla. 3rd DCA 1976).

Thus, Florida businesses are required to keep their premises in a reasonably safe condition which includes risks that are foreseeable. (This also means, if something out of the ordinary happens — something improbable or bizarre — and a customer or visitor is hurt — then the law will not hold the business owner liable for the accident victim’s damages.)

Are Kids Running Loose In A Grocery Store A Foreseeable Risk?

In the case of Kolosky v. Winn Dixie Stores, Inc., 472 So. 2d 891 (Fla. Dist. Ct. App. 1985), a couple named Helen and Kenneth Kolosky were shopping in their local Winn Dixie in Okeechobee, Florida, when Helen was knocked down and hurt in the coffee aisle of the grocery store.

Seems that three little boys ran around the corner of the store aisle and banged into her, causing Mrs. Kolosky to lose her balance and fall down. She was hurt, and because Winn Dixie denied paying her injury claim, she sued the store for her damages.  She won at trial and again on appeal, despite the store arguing her accident was not a foreseeable risk.

According to the appeals court, Winn Dixie was wrong. The Koloskys were arguing that the store was negligent because it failed to maintain its premises in a safe condition. Here, they argued, the store failed because its employees didn’t stop the kids from running around the store and causing harm.

The evidence showed that the Koloskys were in the store about 45 minutes before the accident.  They had seen a woman with a baby and three boys all under the age of 6 years old entering Winn Dixie just before they did.

While the Koloskys were shopping, they saw these three little boys running through the grocery store, playing tag with each other. They also saw lots of store employees throughout the store, busily stocking store shelves. So, they argued, the employees had to have seen the little boys running up and down the store aisles trying to avoid getting “tagged.”

In fact, the Winn Dixie store manager confirmed on the witness stand that he had 6 employees stocking 10 store aisles at the time. However, not a single one of these employees would give testimony that they saw or heard these young kids running in the store.  Amazing, right?

The jury voted in Mrs. Kolosky’s favor: Winn Dixie was negligent.   So, of course, the grocery store appealed its case, arguing that three boys playing tag in the store and causing a customer to fall down was not a foreseeable risk under Florida premises liability law.  The appeals court did not agree.

Who Has The Burden Of Proving A Risk Is Foreseeable?

If a Florida grocery store, or other Florida business, is shown to have breached its duty to protect its customers against a foreseeable risk, then it will be held responsible for paying the accident victim’s damages (pain and suffering, lost wages, medical expenses, physical therapy costs, etc.).

However, in Florida, the burden of proving the failure to meet the duty of care — including proving that the risk was foreseeable — is placed upon the customer who fell and got hurt — not the business. See, Florida Statutes §768.0755.  (If a victim can’t meet its burden, and a lawsuit has been filed, it’s likely they’ll face a motion for summary judgment.)

Some slip and fall cases can be complicated. Being able to prove a condition was foreseeable, with competent admissible evidence, is, in some instances, a difficult task.  Florida statute 768.0755 may seem like a straight forward law, but it has been the subject of many appellate court decisions.

A good piece of advice if you have been harmed by a slip and fall at a grocery store, restaurant or big box store (like Walmart), is to at least speak with an experienced personal injury lawyer before you file a claim to learn about some of the issues that can arise with these claims, including the type of evidence needed to prove a claim and the type and amount of damages you can recover. Most personal injury lawyers, like Alan Sackrin, will offer a free initial consultation (over the phone or in person) to answer your questions.

If you found this information helpful, please share this article and bookmark it for your future reference.
(Visited 226 times, 1 visits today)