Furthermore, people of all ages can be victims of sexual assault; from children to nursing home residents. Teenagers between the ages of 14 and 17 are at the greatest risk of being victimized and, sadly, men and women with disabilities are twice as likely to be victims of rape and sexual assault here in Florida than those without disabilities.

These victims can suffer serious bodily injury as well as significant psychological trauma as a result of rape or sexual assault.  For these victims, it is important to be aware of the issues and remedies under Florida’s personal injury law that may help them not only recover damages for the harm they have suffered but also for their future therapeutic and health care needs. 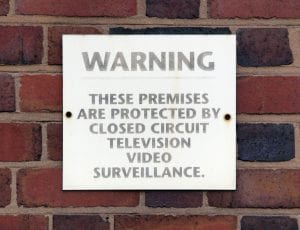 For many rape and sexual assault victims here in Florida, justice lies, in part, in a premises liability claim.

How Sexual Assault and Rape are defined under Florida Law?

Chapter 794 of Florida Statutes is known as Florida’s sexual battery law. Sexual battery is defined at Florida Statute 794.011 which includes a list of behavior that is unlawful. Additionally, the statute enumerates the punishment that is imposed on an offender based upon the circumstances of the sexual battery, including the age of the victim and/or the offender.

Closely related, Florida Statute 784.046 relates to sexual violence and dating violence.  Under this statute, sexual violence exists “regardless of whether criminal charges based on the incident were filed, reduced, or dismissed by the state attorney.” This statute grants a victim of sexual violence the ability to file a “petition for an injunction for protection against sexual violence on his or her own behalf or on behalf of the minor child.”

How Do Florida Criminal and Civil Laws Help Victims?

Florida’s criminal laws help victims of rape and sexual violence through injunctive relief and imprisonment of the offender.

Additionally, the State of Florida, through the Bureau of Victim Compensation, offers financial assistance to rape victims for certain expenses under the Florida Crime Victims Compensation program.

However, it is through the civil courts and premises liability law that many victims of rape and sexual assault can find meaningful compensation for what they have experienced. This is because in Florida, state law can hold a property owner or business operator liable for monetary damages if it is found to be negligent in providing security at the time the crime occurred.

See: “Crime Victims’ Compensation in Florida: Money Provided for Florida Victims of Crime Who Are Injured and Hurt During Crime.”

Property owners and business owners are under a legal duty to protect and keep people safe. These include landlords, universities, department stores, restaurants, bars and hotels.  Premises liability claims relating to sexual assault and violence involve examining several issues, including:

Property and business owners are to provide security that protects individuals on their premises from being victims of crime.  Measures that these duty bound parties should take include ensuring that:

Read: Landlord Failed to Prevent a Crime; Can The Tenant Sue The Landlord For Injuries?

Some establishments may be held to a higher standard of care because of the kind of business or service they provide. Specifically, the hospitality industry (hotels, motels, resorts), schools and universities offering dorms for full-time student living, and nursing homes and care facilities must meet a higher duty of care to keep their residents safe.

Florida laws lay out rules and regulations to ensure that landlords take proper precautions to keep tenants safe. For example, Florida Statute § 83.51(2)(a) mandates that Florida landlords must reasonable provisions for locks and keys and for the safe condition of common areas.  The locks need to work, and no one besides those who are legally allowed to have keys to the property should have them.

For more, see: Florida Landlord May Be Legally Responsible Under Negligent Security Laws For An Injury To A Tenant Who Has Been The Victim Of A Sexual Assault Crime

Statistically, the likelihood of a rape or sexual assault occurring increases in places where alcohol is sold or allowed to be consumed.  If the perpetrator of the rape or sexual assault was over-served intoxicating beverages by the owner or operator, then this may be shown as a breach of their duty of care to keep patrons safe from harm.  In other words, bars, clubs, or restaurants that allow patrons to get drunk may be liable if that patron later commits rape or sexual assault.

See: Do Hotels Consider their Duty to Provide Safety and Security as “Risk Management?

Public and private schools, as well as Florida colleges and universities are entrusted with keeping their students safe from harm while on school property.  They have a high duty of care to protect students from sexual violence.  Statistics show that children, especially teenagers in their high school years, are especially vulnerable to becoming victims of sexual assault and rape.  Accordingly, Florida law will find the educational facility liable for negligent security damages if it has failed in its duty of care.

See: Crime Victim on Florida College or University: Have You or Your Child Been Hurt in a Crime on a Florida School Campus?

In any rape or sexual assault, the victim has the burden of proving the event occurred, which can be done with evidence compiled in the criminal case.  The victim must also show that the crime was “foreseeable” in order to hold the owners and operators liable for negligent security.

This can be done in a variety of ways.  One factor will be crime statistics.  If there has been a history of criminal activity in the area, then it can be used as evidence that the victim’s attack was foreseeable.   If there have been prior criminal acts on the premises owned or operated by the defendant, then this is concrete evidence that the victim’s attack was foreseeable by the owner or operator.

For more, read: When is a Crime Legally Foreseeable For a Florida Premises Liability Claim?

Another key component of the plaintiff’s case in a negligent security claim based upon rape or sexual assault is “proximate cause.”  Here, the victim must provide evidence that the crime occurred as a direct result of the negligence of the premises owner or operator.  There must be proof providing a direct link, or “proximate cause” between the failure of the owner or operator in its duty to provide security and protection with the criminal act.

For instance, if the rape or sexual assault happened in the stairwell of an office building or dorm, then evidence that the locks on the exterior access doors were not working, allowing the criminal to enter that stairwell will be sufficient to show the landlords negligence was the proximate cause of the sexual battery.

Similarly, if the crime victim was hurt during a sexual assault in a parking lot after sunset, then evidence that the owner or operator had failed to keep up the lighting in the parking lot or that they had failed to man the security guard posts that evening would also likely be enough show the property owner’s failure to act (or negligent security) was the “proximate cause” of the attack.

Because Florida law places a duty of care upon property owners, and holds them financially liable for their negligence that results in rape or sexual assault, many of these owners and operators buy liability insurance policies to protect them from these claims.

Insurance can be helpful for a rape or sexual assault victim because it means that there should be money available to cover their personal injury claim.

However, liability insurance also means dealing with experts in defending against liability claims and in trying to limit or low ball settlements.

See:  Are Florida Insurance Adjusters On Your Side? Beware of the Denied or Low Ball Claim

Negligent security is the failure of a business or premises owner or operator to provide safeguards to reduce the possibility of foreseeable criminal conduct on the property, resulting in personal injury.

Especially important for rape and sexual assault victims are the psychological treatment expenses that should be covered as well.  This includes therapy costs, counseling, and any psychiatric medications that have been prescribed, or will be prescribed in the future (as expected by medical experts).

Rape and sexual assault victims should demand compensation for their emotional distress (past, present, and future) as well as their pain and suffering and lost wages.

Read: Damages and Money Awards to Crime Victims: Can You File a Personal Injury Lawsuits for Financial Help and Justice After a Crime?

Media coverage of the sexual assault trial of Bill Cosby and the claims brought against him in civil actions has educated many rape victims and sexual assault victims about the option of suing for defamation under certain circumstances.

If a rape victim or someone who has been the victim of sexual assault here in Florida chooses to file a defamation action, then they can do so.  However, the claim need not be related to a premises liability action based upon negligent security.

Defamation claims in a sexual or rape setting generally relate to the harming the victim’s reputation by calling the victim a liar in the public domain.  Of course, the elements of a defamation of character claim are different than those needed to prove a negligent security claim.

If you or a loved one has been a victim of rape or sexual assault, then you may want to investigate the possibility that this crime could have been prevented if the property owner or operator had taken appropriate and reasonable steps to provide adequate security at the time of the crime.

This is a tragic and painful experience, and we understand the complex difficulties that victims of sexual crimes must face.  However, victims need to know that premises owners and operators may share in the culpability along with the offender if they were negligent in providing security and other measures on their premises.

A good piece of advice if you or a loved have been the victim of rape or a sexual assault is to speak with an experienced personal injury lawyer to learn about some of the issues that can arise with these claims, including the type of evidence needed to prove a claim and the type and amount of damages you can recover. Most personal injury lawyers, like Alan Sackrin, will offer a free initial consultation (over the phone or in person, whichever you prefer) to answer your questions.

If you found this information helpful, please share this article and bookmark it for your future reference.
(Visited 301 times, 1 visits today)